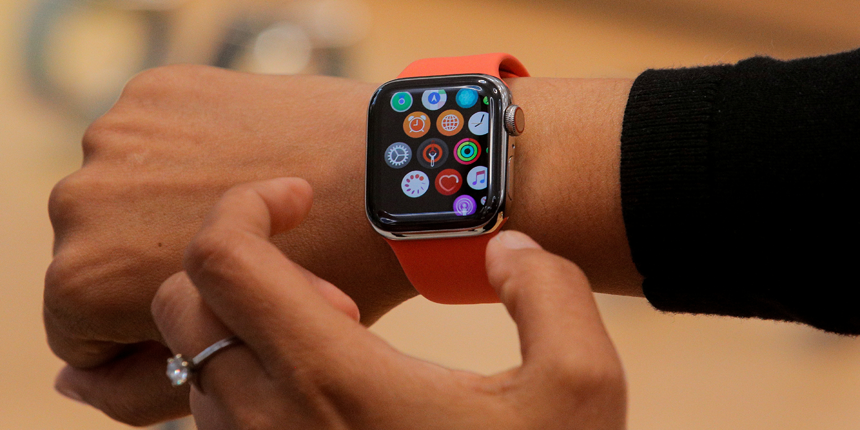 A Silicon Valley company has filed an antitrust lawsuit accusing Apple of cornering the market for heart-rate monitoring technology for the Apple Watch, and endangering wearers’ health.

AliveCor sells KardiaBand, an Apple Watch wristband capable of recording an electrocardiogram, and SmartRhythm, an app that alerts users to irregular heartbeats.

The privately held company accused Apple, whose market value exceeds $2 trillion, of quietly “working in the background” to copy its ability to record an ECG on the Apple Watch, and to provide a separate app for heart-rate analysis.

“As it has done multiple times over the years in other markets, Apple decided that it would not accept competition on the merits,” AliveCor said in its complaint filed in San Francisco federal court.

“The value of controlling such critical health data (with the accompanying ability to exploit it) was apparently too much of a temptation for Apple,” it added.

Apple did not immediately respond on Wednesday to requests for comment.

Related Article:
Apple hits back at the European Union over universal charger proposal

The Cupertino, California-based company has apps for taking ECGs, and measuring heart rates at rest or during workouts.

The Mountain View, California-based company in December sued Apple for patent infringement in Texas, and in April asked the U.S. International Trade Commission to ban imports of Apple Watches.

AliveCor is represented by Quinn Emanuel Urquhart & Sullivan, a litigation specialist with more than 800 lawyers.

The case is AliveCor Inc v Apple Inc, US District Court, Northern District of California, No. 21-03958.

The team at Platform Executive hope you have enjoyed this article. Automatic translation from English to a growing list of languages via Google AI Cloud Translation. Initial reporting via our official content partners at Thomson Reuters. Reporting by Jonathan Stempel in New York. Editing by Matthew Lewis.