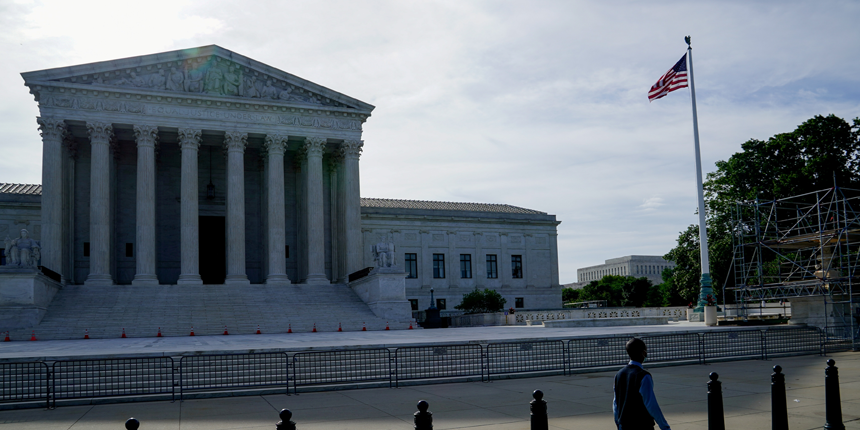 The US Supreme Court has limited the type of conduct that can be prosecuted under a federal computer fraud law, overturning a former Georgia police officer’s conviction for misusing a government database to investigate whether a purported local stripper was an undercover cop.

Van Buren was charged after a 2015 FBI sting operation. The Supreme Court concluded that Van Buren could not be convicted for misusing the database to perform the investigation because the information had been available to him as part of his job.

“This provision covers those who obtain information from particular areas in the computer – such as files, folders or databases – to which their computer access does not extend. It does not cover those who, like Van Buren, have improper motives for obtaining information that is otherwise available to them,” Barrett wrote in the ruling.

Van Buren’s attorney, Jeffrey Fisher, welcomed the ruling and said the computer fraud law “is now restricted to its proper reach.” The US Justice Department, which had defended the conviction, declined to comment.

The dispute centered on a 1986 US law meant to target hacking and related computer crimes. The law prohibits accessing a computer without authorization and also exceeding authorized access.

At issue was whether a person with authority to access a computer can be guilty of fraud for then misusing it. Van Buren had argued that the law targets only those with no right whatsoever to access the computer, whereas he was entitled to use the law enforcement database, even if it was for an inappropriate reason.

The Justice Department argued that the law “aims directly at ‘insider’ conduct” like Van Buren’s “forbidden use of his law enforcement credentials.”

The dissenting justices had a different interpretation of the law’s text, finding that Van Buren’s actions were illegal because he was not entitled to the information he was otherwise authorized to access.

“Using a police database to obtain information in circumstances where that use is expressly forbidden is a crime,” Thomas wrote in his dissent.

Suffering financial difficulties, Van Buren had asked a local man, Andrew Albo, for money. Albo alerted law enforcement authorities and the FBI devised a sting in which Albo offered to pay Van Buren money to run a search for a license plate on a law enforcement database. Albo’s fictional story was that he wanted to find out if a local stripper was an undercover cop.

Albo gave Van Buren $6,000 and Van Buren conducted the search. A jury convicted Van Buren in 2017 of violating the computer fraud law and a separate count of honest services fraud. The Atlanta-based 11th US Circuit Court of Appeals in 2019 upheld the computer fraud conviction, but ordered a retrial on the other charge.

Barrett noted in the ruling that an overly broad view of the law would penalize commonplace computer activity such as an employee sending a personal email or checking sports scores on a work device. If the law “criminalizes every violation of a computer-use policy, then millions of otherwise law-abiding citizens are criminals,” Barrett wrote.

Former President Trump’s three conservative appointees to the court – Barrett, Brett Kavanaugh and Neil Gorsuch – were joined by the three liberal justices in the ruling.

The team at Platform Executive hope you have enjoyed this article. Automatic translation from English to a growing list of languages via Google AI Cloud Translation. Initial reporting via our official content partners at Thomson Reuters. Reporting by Andrew Chung in New York. Editing by Will Dunham.